ImageNet Consulting’s Oklahoma City office hosted the riders of the Patriot Pack on Friday, May 17th, in support of the Jillian Fund!

The Patriot Pack & The Jillian Fund

Each year, the Patriot Pack gathers in Scottsdale, Arizona to begin their cross-country motorcycle ride, “The Ride for Jillian,” to raise donations and awareness for the Jillian Fund. The Jillian Fund’s mission is to provide financial support to parents with children who are suffering from life-threatening illnesses requiring critical care. Their objective is a simple and important one: “provide financial support during a time of crisis to allow family members to better focus on supporting their sick child.” 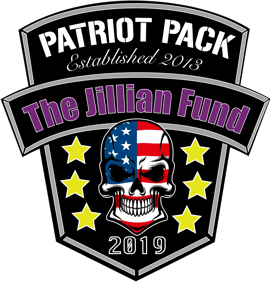 The 2019 Ride for Jillian is a continuation of the annual charity ride, which has raised hundreds of thousands of dollars since 2013. The ride begins in Arizona and ends in Washington D.C. for the annual Rolling Thunder Motorcycle Rally. The ride is taken on by All Covered BCS President, Mike Stramaglio, and the Patriot Pack each year in honor of Jillian Gorman, for whom the Jillian Fund is named. Jillian was diagnosed with an aggressive form of blood cancer and passed away in 2013 after a four-year battle with the disease. The Patriot Pack has elected to raise $150,000 for the 2019 Ride for Jillian through sponsorships, donations, and raffle items. Along the way, organizations like ImageNet offer to host the Patriot Pack for rest stops and to sponsor the Jillian Fund.

The Patriot Pack at ImageNet

The riders joined ImageNet as the first official stop of their 11-day journey. Riding into Oklahoma City at 4 p.m., lead by a police escort, the 15 riders and an RV carrying four support staff arrived at ImageNet. ImageNet employees greeted the leather-clad riders with gusto and the riders celebrated a safe arrival. 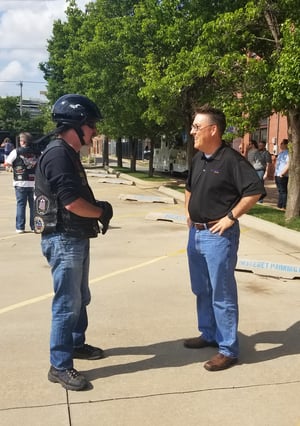 After thanking the police escort, ImageNet's CEO, Pat Russell, welcomed the riders and insisted the Patriot Pack relax and enjoy the lunch and ice cream sandwich spread ImageNet prepared for them. ImageNet employees and the Patriot Pack mingled over sandwiches, took photos, and discussed the mission of the Jillian Fund and how each of the riders became involved with the ride.

The pack toured the Oklahoma City facility and learned the backstory of ImageNet. As 6 p.m. neared, the riders set off for their hotel for some well-deserved time off their feet and rest for the remainder of their evening before hitting the road again early the next morning.

"It was an honor to meet and host the riders of the Patriot Pack and support the incredible Jillian Fund charity. We wish them safe travels as they continue their ride to Washington DC" said Mr. Russell.

ImageNet is thankful for the opportunity to host the Patriot Pack and are proud to be part of an industry that comes together to support charitable organizations like the Jillian Fund.

For more information on how you can support The Ride for Jillian and The Jillian Fund, visit http://thejillianfund.org/, or contact Jenna Stramaglio at 602-377-4796 or jstramaglio@allcovered.com.